Is an AGRS rose a better rose?

The historic AARS grows up & into AGRS

The All-America Rose Selections (AARS) was an award that was given annually, from 1940 to 2013, by the American rose industry to an outstanding new rose variety.

Many, like ‘Julia Child’ here, were raised and tagged as winners for the gardening retail market worldwide. It is still common to see their logos on plant tags, even after 7 years.

Roses were grown in official rose testing gardens, typically universities and rose nurseries throughout the US. Roses would be evaluated for two years on many qualities, including disease resistance, flowers, form, and ability to grow in many climates.

AARS award winners were typically only +/- 4 % of all the roses tested.

The AARS selection was regarded as the most prestigious rose prize in the U.S. for 73 years, but AARS was discontinued after 2013 and replaced by the updated American Garden Rose Selections (AGRS) program which continues now in 2020.

Their criteria for this designation is a big step up from the AARS. It is stricter than before, and requires gardens to maintain a rigid protocol for maintaining the bushes.

As they say on their website: “American Garden Rose Selections™ was established to recognize and recommend the best garden-worthy rose varieties for the various regions of the United States through testing.

The goal is to provide objective and reliable information to rose gardeners. AGRS™ is a true national rose trial in the United States that tests the same roses in gardens all around the country.

The American Garden Rose Selections™ organization is overseen by an Executive Board and an Advisory Board comprised of internationally-recognized rose experts that represent the diversity of the rose-growing community.

These 2 bodies develop criteria for the evaluation of roses, oversee the judging of the roses at the independent trial gardens across the country, and recommend the roses that are honored as American Garden Rose Selections™ after evaluating the results. “

They describe their program on their site as: “Over a period of two years, the roses are evaluated five times per growing season. Evaluators are looking for the same characteristics you would like in a garden rose. Disease-resistance is highly valued since it will give you a rewarding experience with less care required. Other criteria include flowering effect/bloom abundance, bloom form and attractiveness, fragrance, rebloom habit, aging quality of blooms, hardiness in cold and heat, vigor, foliage proportion and attractiveness, and plant habit.”

“The AGRS™ is modeled after the Allgemeine Deutsche Rosenneuheiten-prüfung or ADR system, the Performing Testing of New Rose Varieties in Germany.

This successful system has been used in Germany for over 25 years and is widely respected and acknowledged worldwide. Adaptations were made to account for the wide range of climates and growing conditions in the United States . “

Typical programs look like this one from the 2013 Portland Garden:

No fungicide spraying occurs; all roses receive only basic maintenance.

The Portland International Rose Test Garden is probably the largest of the AGRS test gardens. It is considered a West Coast USA destination for rosarians because it has so many different on-going trials in a great rose-growing environment. It’s a busy place – even during Covid-19.

Other independent rose testing ongoing in the Portland garden:

The Mesa Community College Rose Garden is quite the opposite environment from Portland. It is a showpiece for how remarkably well blooming roses grow here in a desert climate if well tended – plus it’s open to the public every day of the year.

With nearly 9,000 roses of over 300 varieties to view, the roses in the Sonoran Desert Climate are beautiful during April – June, and again in October – December.

So yes, choosing an AARS or AGRS rose is a great idea . .

Both AARS and AGRS award-winning roses are exceptional roses for any home gardener – American or not.

As an example, Jackson & Perkins alone, has introduced 67 AARS-winning roses over 73 years into commerce for us that you can probably still find at your local nursery.

Any on both lists are low-maintenance and disease-resistant bushes that should produce many blooms over many years. Some are even given awards for fragrance to help guide us who want roses for their fragrance.

Here are all the AGRS winning selections by region. 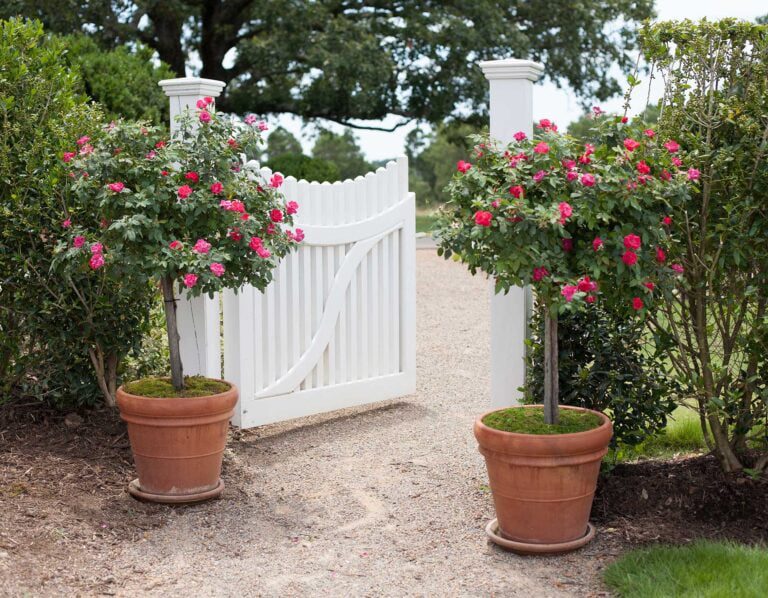 You can also enjoy the beauty of rose color and texture by growing them in patio containers. All types of roses can be grown in containers – it’s very simple provided you follow a few simple guidelines. 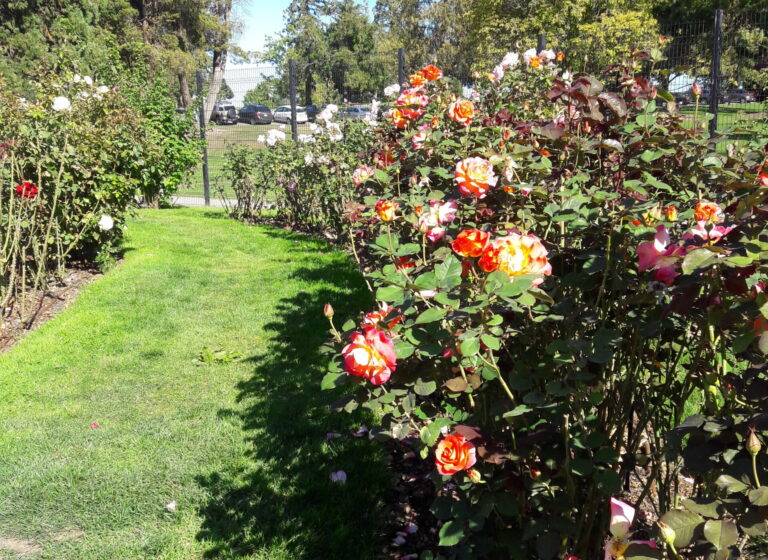 Here is a summary of seasonal projects that we seem to go back to like a favorite chair – and with good results that walk in the rose show door year after year. 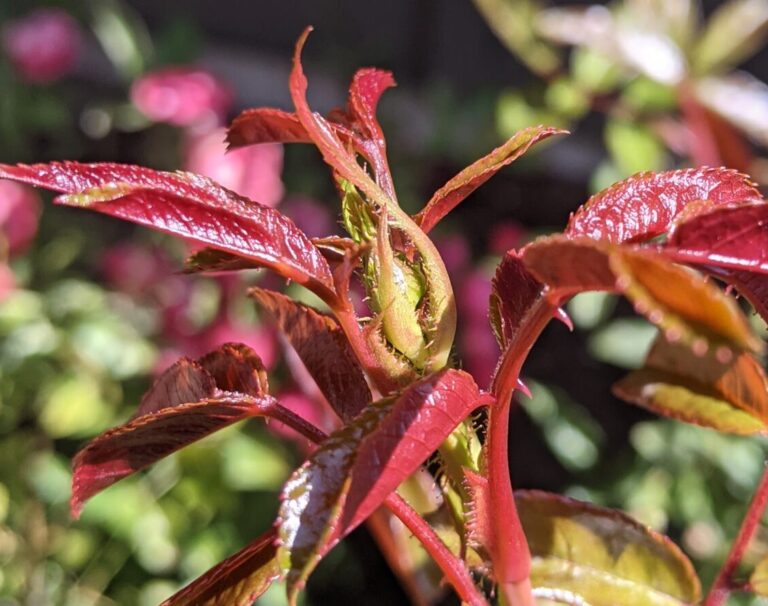 Try these 8 great tips for more blooms on your roses each week. Expect that each type of bush will respond with a vigorous rush of new buds & larger blooms.

It is a disease that is carried by a very specific spider mite which infects your rose. You’ll see it as purple ‘witches broom’ foliage – and it can be lethal.

Most of the same procedures apply to climbing roses as floribundas, but there are a few growth differences. Here is a guide to pruning them for more blooms.

Welcome  The Tacoma Rose Society has been in continuous existence since 1911, and is the oldest rose society in Washington State.

Monthly Meetings
We gather monthly by ZOOM with our Members online every 3rd Thursday:  informing & educating them about rose care and upcoming TRS events.  All Members are welcome – especially now due to Covid.